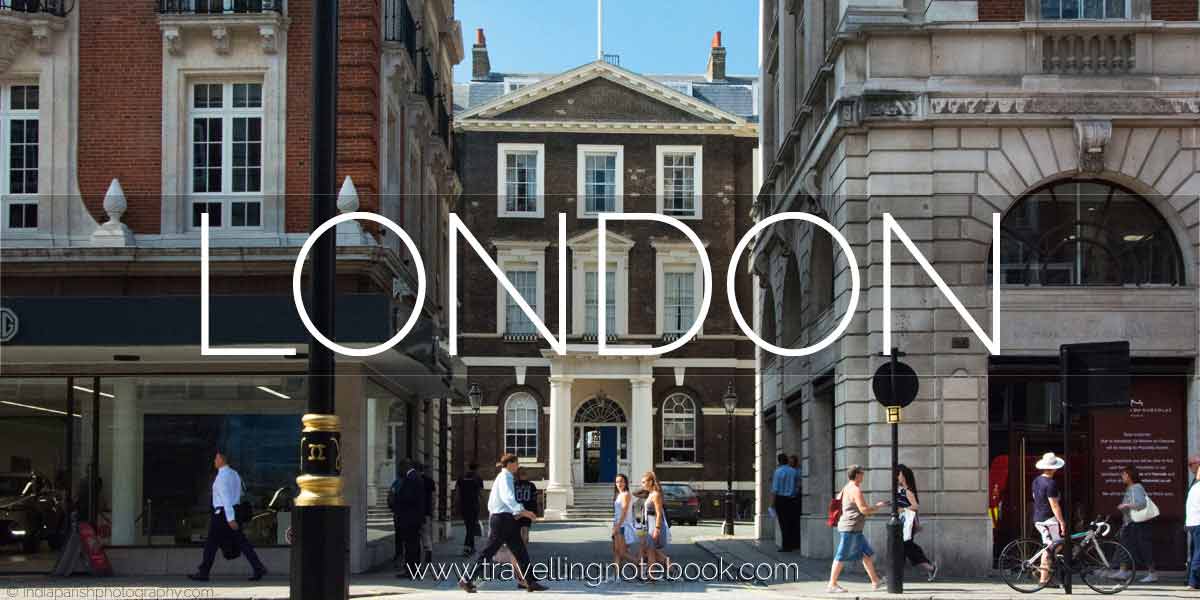 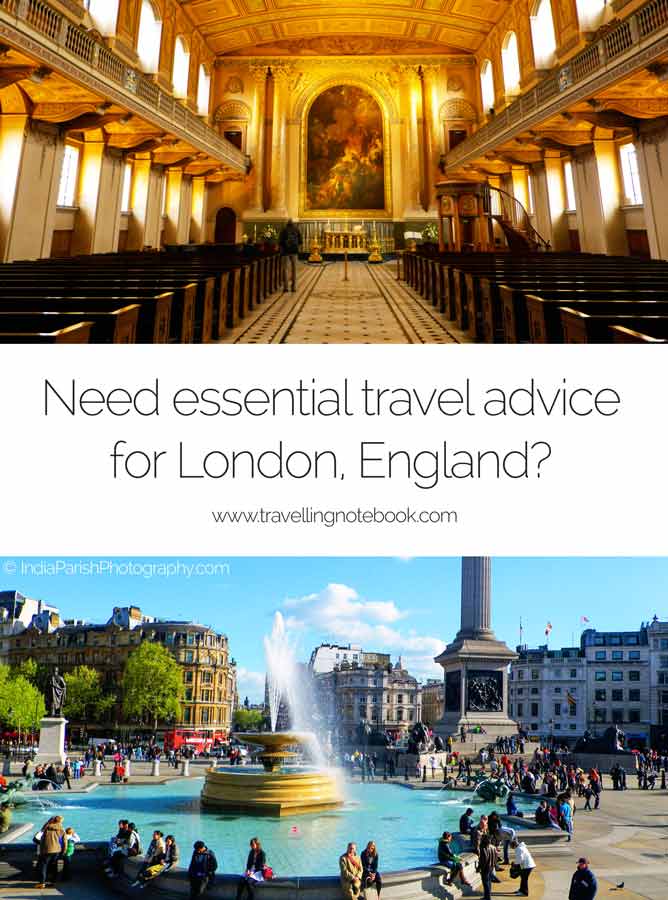 Always bustling, dynamic, and above all fascinating, London is one the coolest cities in the world despite its climate!

Weather permitting, spend an afternoon lazing about in Hyde Park with a picnic amongst the squirrels. You could take a boat along the River Thames to Greenwich, or visit Hampton Court Palace, once home to King Henry VIII. The shopping frenzy never lets up along Oxford Street, watch the changing of the guards at Buckingham Palace and always catch a show in the West End. 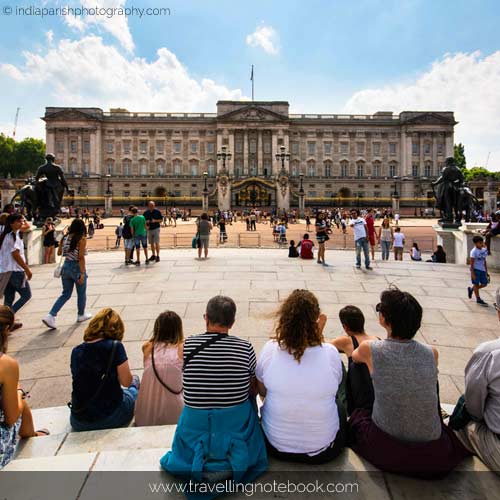 There is no end of things to do and sights to see in London, I now call this vibrant city home and it is impossible to keep up with all the gigs, events, and shows.

There is a vibrant underground scene hidden down cobbled streets and through the back doors of old bomb shelters, befriend some locals for a more authentic experience.

One week will allow you enough time to see some of the major sights but you could easily fill a month!

Take three weeks or more if you intend to do the London to Bath to Oxford and Cambridge loop. 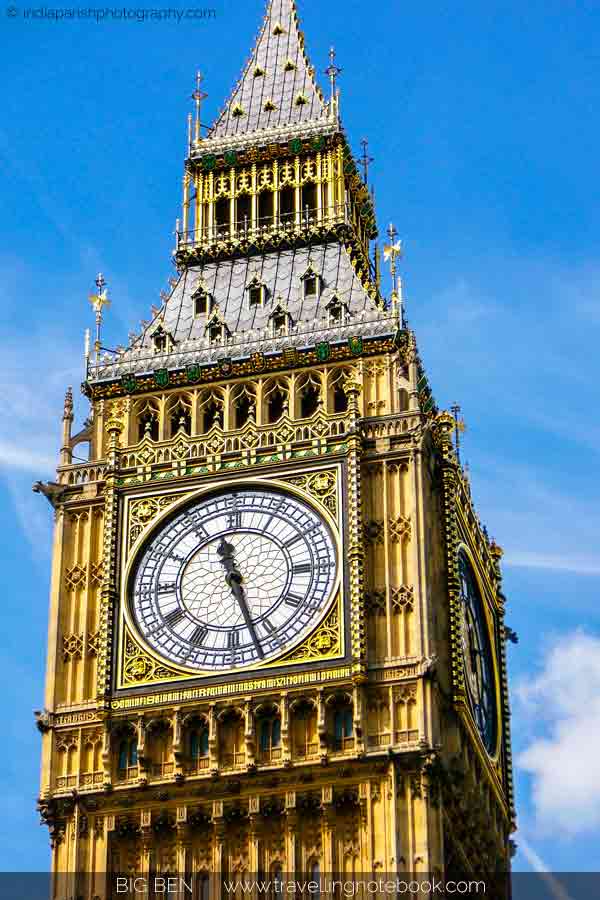 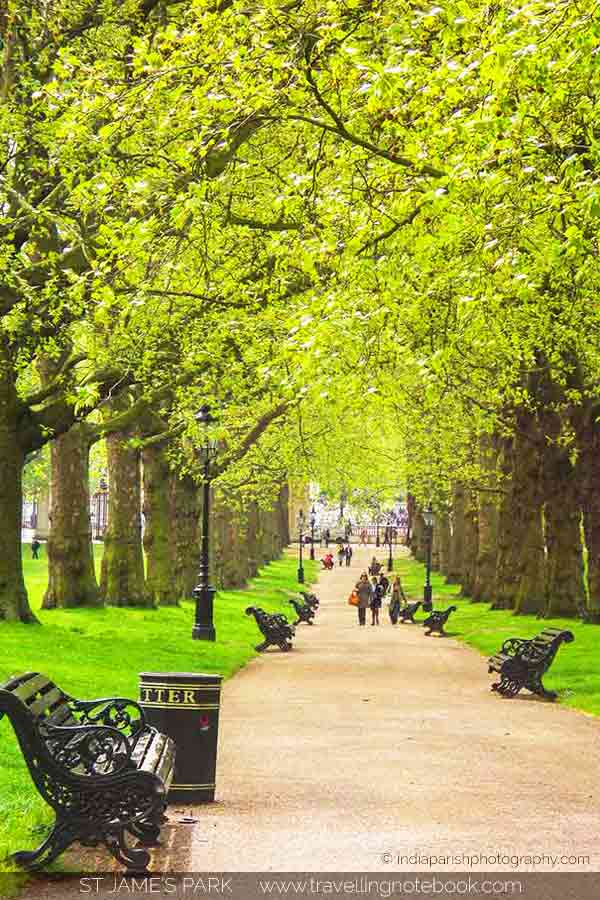 Ideally you would want to stay in the very centre of the action, but if you are on a budget this won’t be an option in this expensive city unless you grab one of the hostel dorms.

The underground metro system, the tube, is extensive and efficient, and as long as you’re a walk to a station you will be whizzing around the city in no time.

Convent Garden, Soho, St James, Mayfair, Knightsbridge, Westminster, and the area close to Victoria Station are in the heart of the city, but are also the heart of the London’s wealthiest real estate.

Accommodation in these areas can burn through your pounds.

There are many surrounding suburbs that are still very much the inner city and close to the action;

Sadly, these are not cheap either!

Nearby Attractions: Portobello Road, the British Museum, Museum of London, St Paul’s Cathedral, Tower of London, to name a few.

Further out again and no less picturesque (or well-connected to the underground) are;

Richmond, Putney, Kew, and Chiswick (but all very pricey…) or south of the Thames is Brixton, Clapham, and Wandsworth, these suburbs are popular with expats and have a younger, edgy vibe. 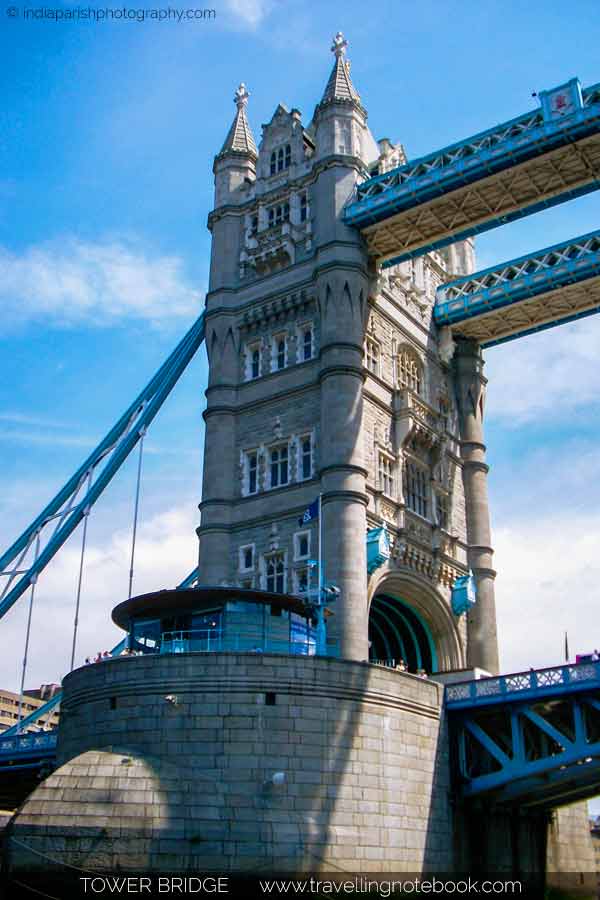 MY TOP FIVE SIGHTS IN LONDON

Jump on a ferry from Embankment (tube station) and glide down the River Thames, past Shakespeare’s Globe and Canary Wharf to Greenwich, the ancient maritime borough of London.

Make sure you visit the Royal Observatory and take your photo straddling the Greenwich Mean Line. My favourite thing to do in Greenwich, which is often overlooked, is visiting the Painted Hall and Chapel at Greenwich University, originally built as the Royal Naval College. Both rooms are remarkable and unlike many sights across Europe, the entrance is free.

There is a covered market in Greenwich from Tuesday–Sunday, sprawling green parks, and a world renown planetarium.

My second favourite church in Europe after St Peter’s Basilica in Vatican City, St Paul’s Cathedral is an essential stop each time I visit London.

Built by Sir Christopher Wren in the late seventeenth century, an original church on the same land dates back to as early as the year 604. The church holds regular public services and is often used for state functions such as the Diamond Jubilee celebrations of Queen Victoria in 1897, Sir Winston’s Churchill’s funeral, and Queen Elizabeth II’s Jubilee in 2012.

The interior of St Paul’s Cathedral is astounding but you will have to visit for yourself as photos are not permitted inside.

Make sure you visit the Whispering Galley on the first floor of the dome, when you whisper into the wall on one side of the dome, it can be heard by someone on the other side. Yelling doesn’t work, which I have watched many tourists attempt, so just whisper softly.

Be aware of the opening hours of this Cathedral as it closes at 4:30pm and last entry is at 4:15pm, Monday to Saturday. I have been caught out countless times!

Whether you like the idea of a monarchy or not, the allure of a Palace and Royalty attracts thousands of visitors to Buckingham Palace every day.

The 45-minute-long Changing of the Guards Ceremony takes place at 11:30am, daily from April to July, and every second day for the rest of the year. Get there early for a prime spot at the fence.

The state rooms are opened from late July to early October and are as beautiful as you would imagine. The Royal Mews (Royal Carriages Museum), and the Queen’s Gallery (which holds art exhibitions) are open to visitors year-round.

Built in 1066 by William the Conqueror, over the centuries the tower fortress has been the setting of a Norman palace, it was the execution site of three English Queens and is current housing the English Crown Jewels.

The line to visit the Tower of London can seem endless, so save yourself the wait and book your tickets online.

The Yeoman Warders’ tours (Beefeater tours) are entertaining and informative, I highly recommend taking these tours which run every 30 minutes and is usually included in the entry ticket price.

The iconic ‘Coronation Church of England’ receives a whopping one million visitors each year.

Westminster Abbey displays the Coronation Chair built in 1296 for King Edward I upon the Stone of Scone. This Abbey has played host to 16 Royal weddings and coronation of the British Monarchs since 1066. 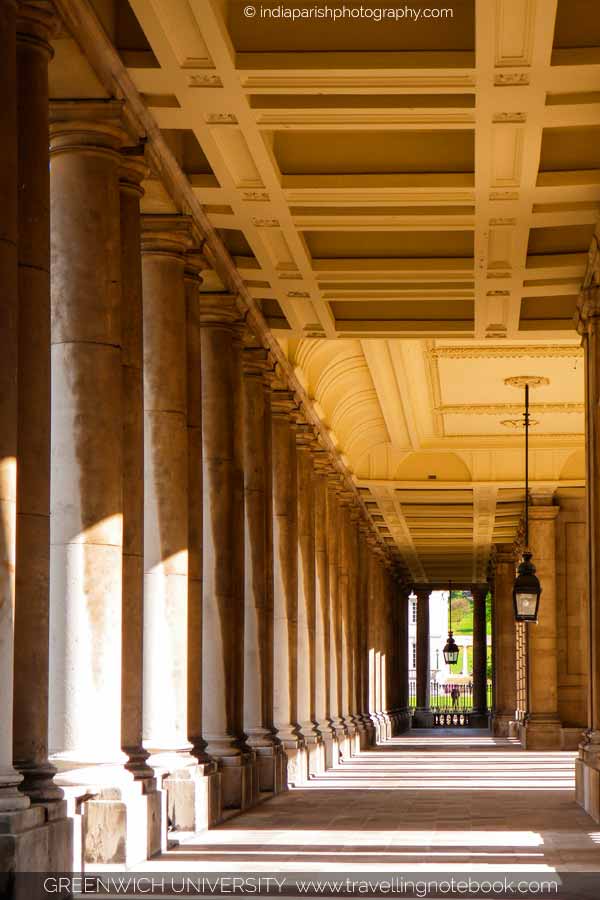 Below are five quick tips for London, click here to view all tips.

To travel on London’s transport you must get an Oyster travel card. These pay-as-you-go cards charge the cheapest fare once you tap on and tap off the station barricades and are capped daily at £6.60.

Oyster cards are available for purchase in the train stations and airports and are valid for all underground and overground trains, buses, and some National Rail services.

Having moved to London, I have found there are some essential apps that I use almost daily to navigate London:

Bus London – as you would expect, this shows you the bus routes to get you from your current location to your destination

Meet up – this app lists all the groups and activities across London, this is especially useful if you live in London or are here on a long visit

Big Bus tours – I don’t use this one personally but those that do sign up for the Big bus tours should use this handy app to track the buses routes and next service.

Best coffee, cafes guide – If you are a Melbourne coffee snob like me… you will want this app!

I also highly recommend subscribing to Timeout London Offer’s mailing list, I get amazing discounted tickets for local events and shows in my inbox – love them!

One of my best tips for travelling the UK is to discover the chains Pret-A-Manger and EAT. Eating on your travels takes up so much of your holiday, and if you’re not careful, so much of your budget, especially when spending Pounds Sterling!

Pret-A-Manger and EAT serve healthy and fresh sandwiches, wraps, soups, and salads for a third of the price of a pub meal. Mark & Spencers and Sainsbury’s also offer fresh on-the-go meals as well.

Should you get a London Pass to cover all the sightseeing expenses?

If you are going to visit at least five popular sights and make the most of a free hop-on-hop off bus, then it is certainly worth it.

My only hesitation is that many people think they should buy a pass, spend the money and only make it to one or two paid entry sights over the weekend.

Ultimately, you will need to do some research, plan what you will see, and work out if it will be cheaper with or without a pass.

2013 saw a record of 14.5 million people attend a West End show and the tickets can be very expensive. If you aren’t limited on time, there are many last-minute ticket booths in and around Leicester Square as well as several legitimate websites you can source tickets through, such as Timeout and Last Minute. 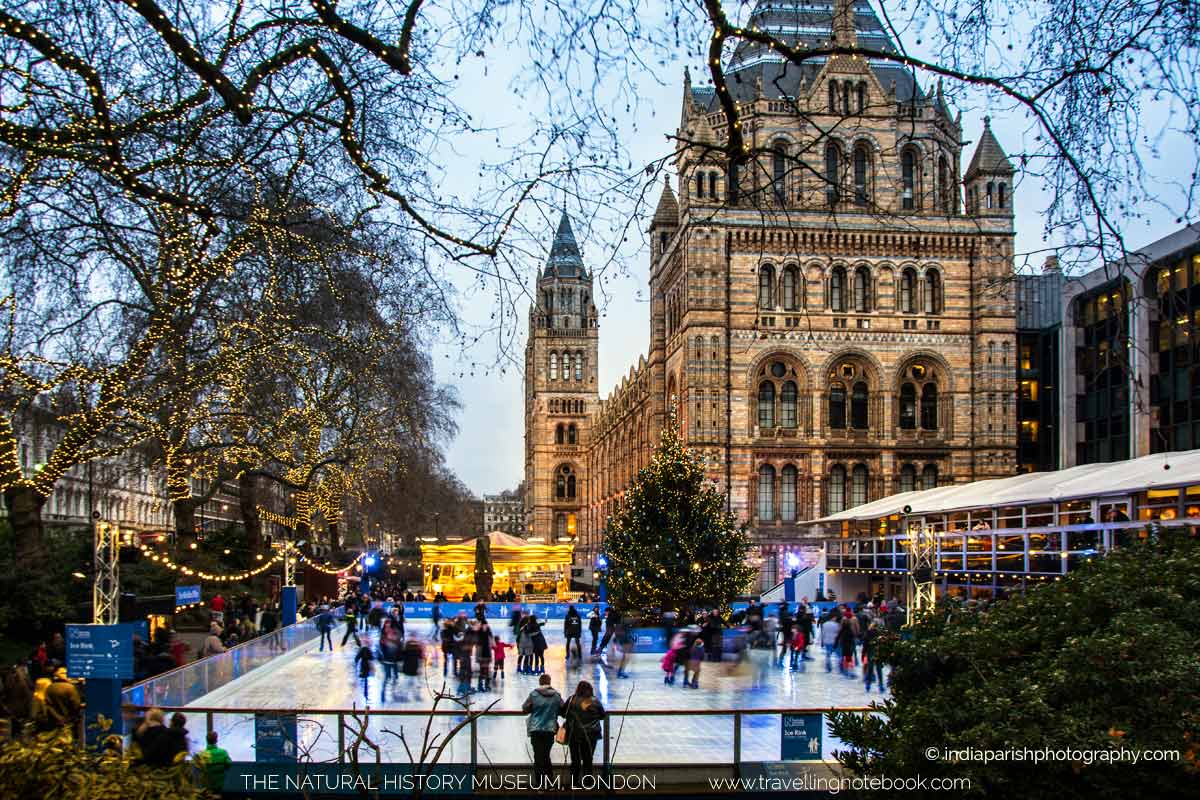 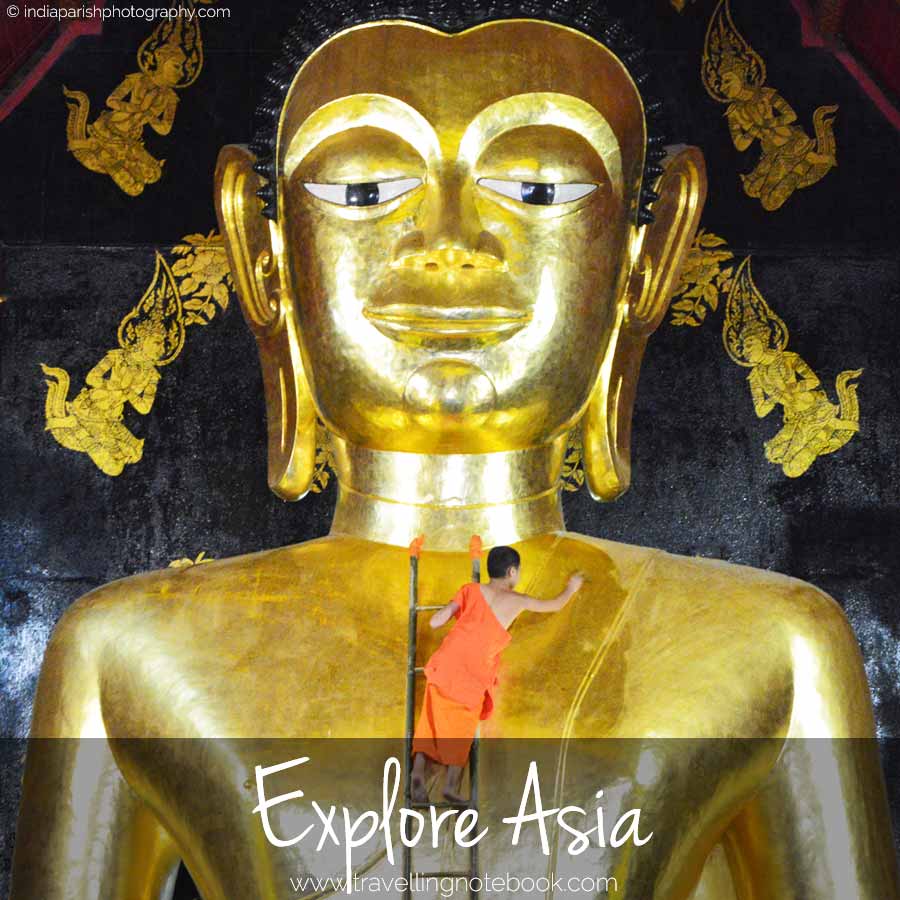 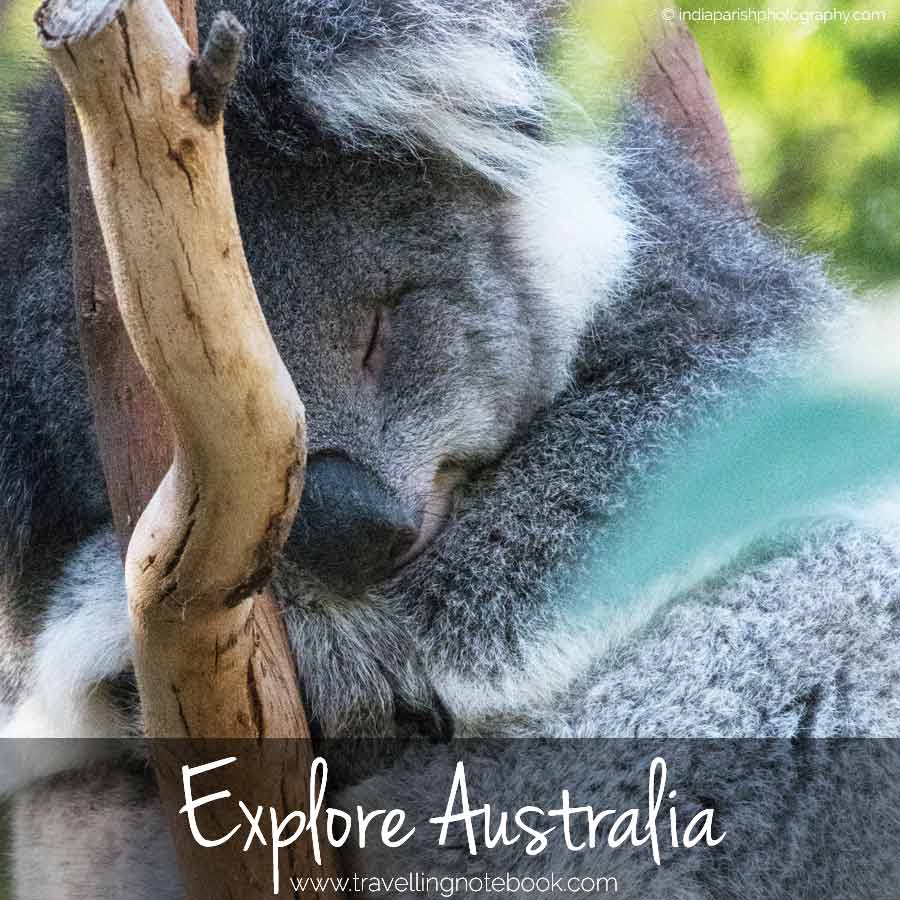 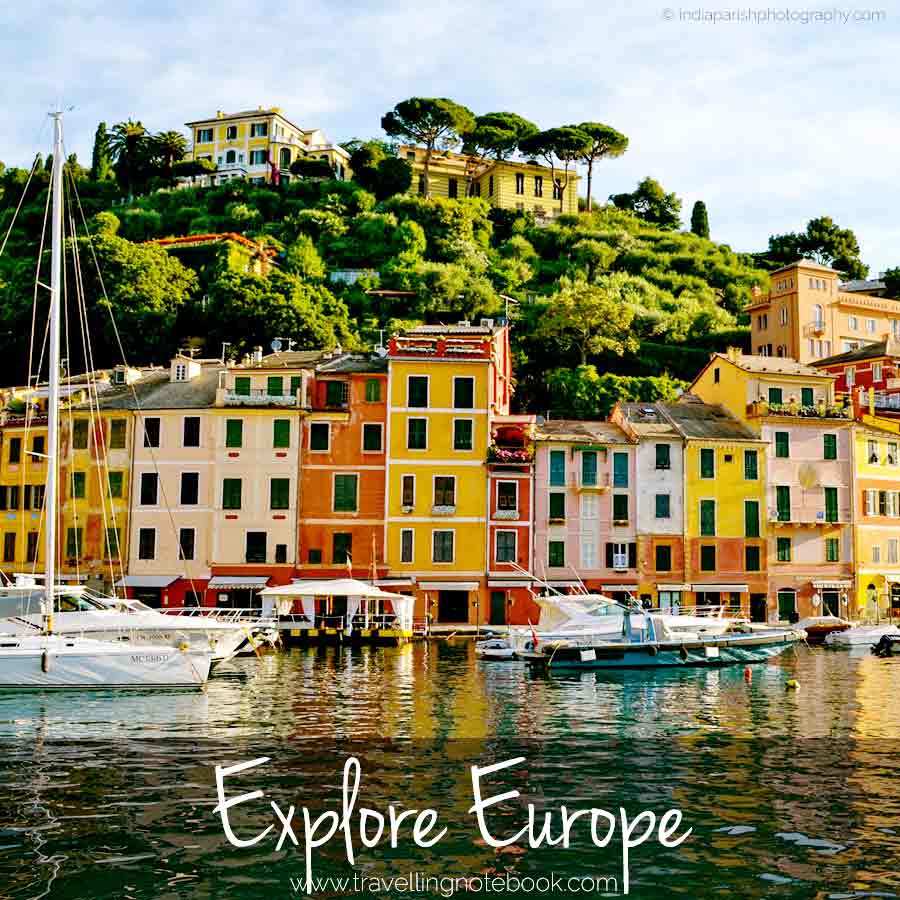 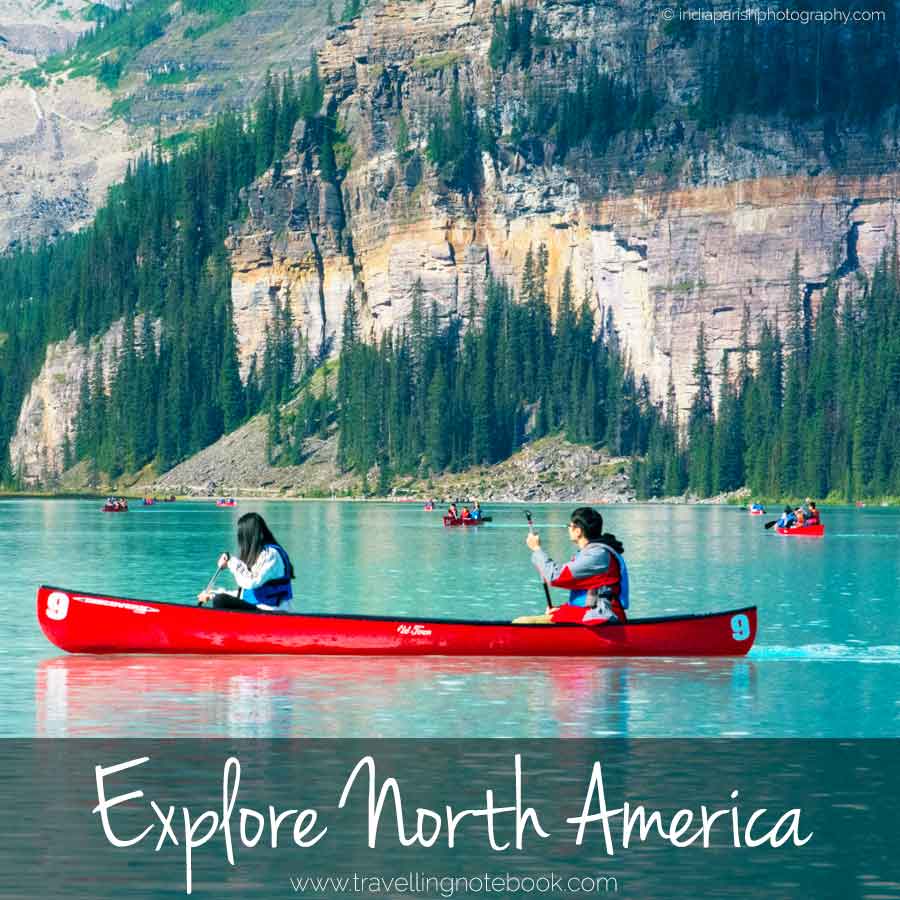 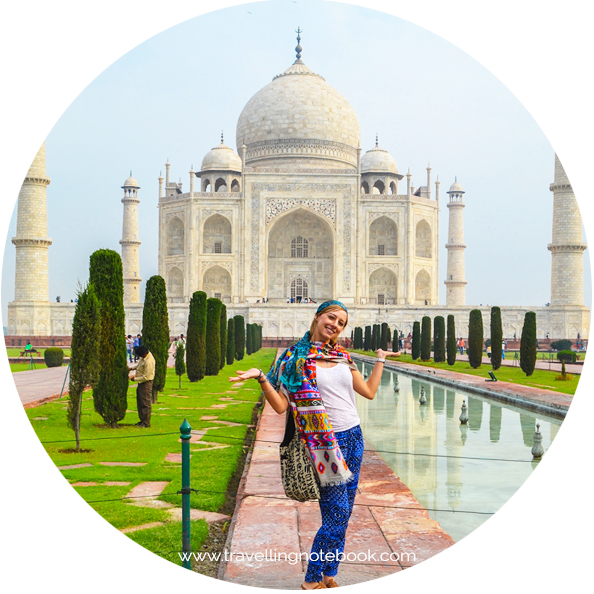 I am a nomadic Australian who has wandered the world full time exploring over 60 countries and 5/7 continents.

After ten years on the road, I have launched my own website – Travelling Notebook – to share the knowledge I have gained on the road and the images I have collected over the years with fellow adventurers.  Keep reading…

I am a freelance travel writer, photography and videographer, based in London. If you need specific travel advice or would like to collaborate please send an email my way!