Skip to content
Previous Next
My favourite Sights in Venice, Italy 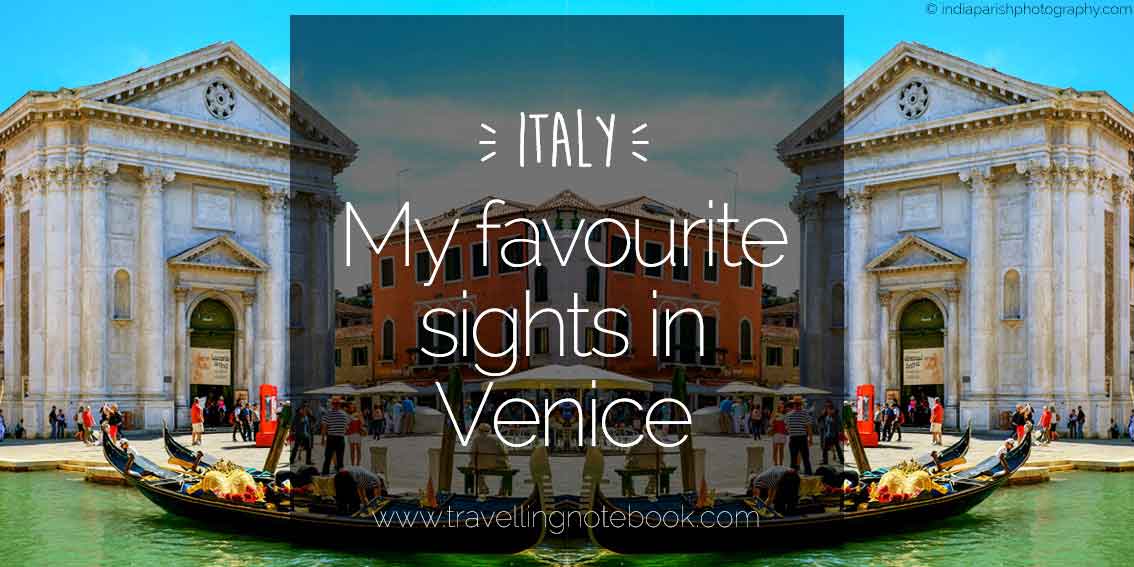 Did you know there are more than 400 bridges in Venice but only four to five bridges cross the Grand Canal?

These are my top sights in Venice, please leave a comment if you have more advice for other readers!

The Grand Canal serpentines through the city acting like a water highway as motor boats and gondola’s speed through day and night.

The Rialto Bridge is one of only four bridges which cross the Grand Canal and is by far the most loved and photographed.

The current stone bridge was built in 1591 and is of similar design to the wooden bridges that have stood in the city since the twelfth century. Tiny shops cross the bridge at its centre, but good luck trying to enter them amidst the constant crowds that gather to get the postcard picture down the Grand Canal! 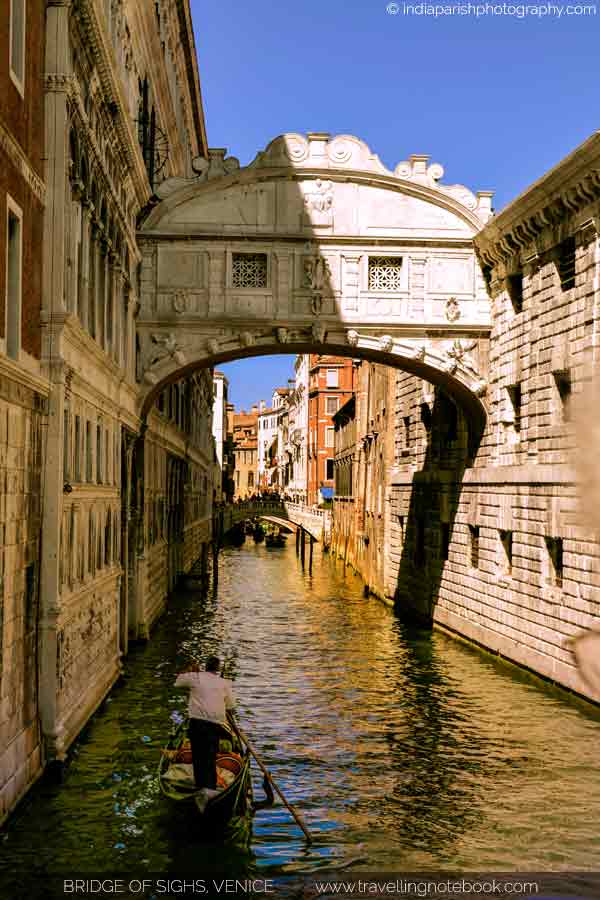 This is the picture you need to take in Venice. This white limestone bridge frames the canal’s beauty effortlessly, it does however hold a darker history than you would assume.

The bridge was built in 1600 to connect the new prison to the interrogation rooms of the Duke’s (Doge) Palace hence the name ‘Bridge of Sighs’ given by Lord Byron. 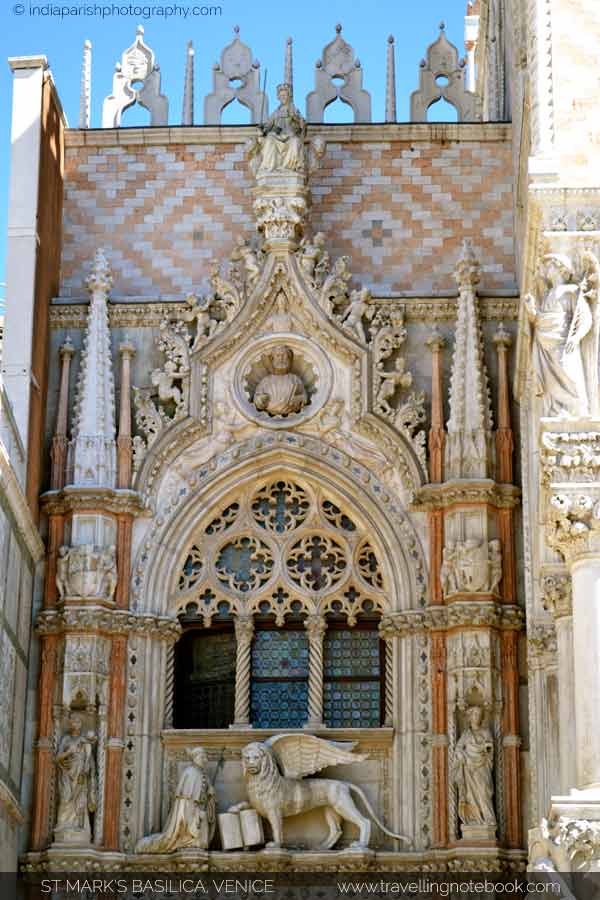 Officially called the Patriarchal Cathedral Basilica of Saint Mark, this cathedral stands proudly on the Piazza San Marco and is built in the striking Italian-Byzantine style.

This enormous church was originally the private chapel of the Duke of Venice, whose palace stands adjacent. It only became a public cathedral in 1807.

The exterior and interior design has been altered since the early thirteenth century, though much of the original structure remains to this day.

The Byzantine Architects used gilded mosaics, which have been carefully preserved and cleaned and today you can appreciate the 8000 square metres of mosaics that cover the walls, vaults, and cupolas.

There is a small museum which displays the tapestries, carpets, manuscripts and other possessions collected by the church over the centuries.

The epitome of Venetian Gothic architecture, this palace was built in 1340 and has been added to over the centuries, creating a labyrinth of wings, corridors and apartments to explore.

The palace has been converted into a museum with the Duke’s private apartments, an armoury, and prison institutional chambers on display.

For current information, prices and dates, click here to visit the official website of the Doge’s Palace. 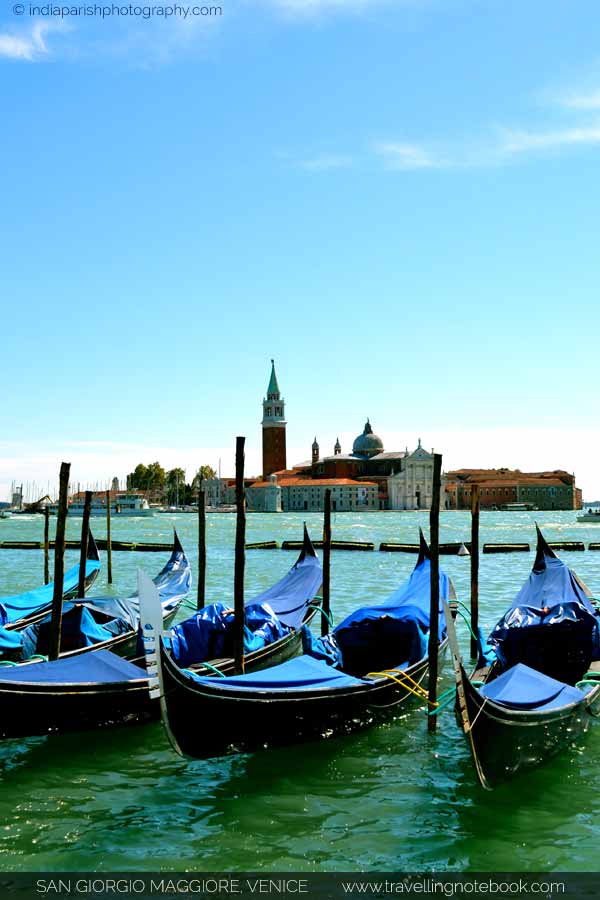 Like Murano Island, San Giorgio Maggiore is a quick ferry ride away, it is visited for its 16th century Benedictine Church.

This building was originally one of the first institutions to study art restoration in the 18th century.

The museum holds Venetian painting from the Byzantine, 14th Century Gothic to the Renaissance of the 18th century. 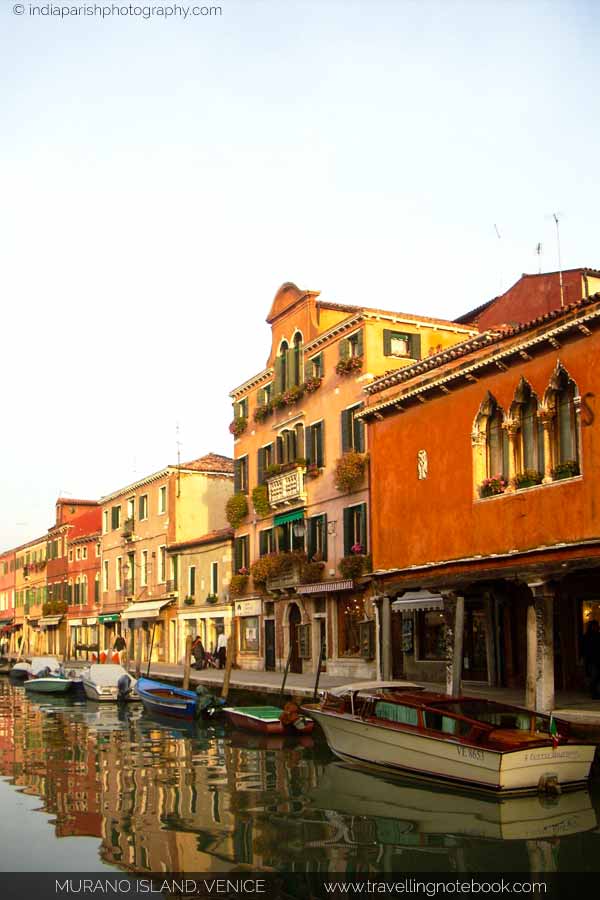 This island 1.5km north of central Venice is known not only for the vibrantly painted canal houses that line its streets, but also as the home of some of world’s elite glass artisans.

The tiny island has seen many changes over history. It began as a Roman settlement producing salt and trading fish, before monks settled and founded a monastery which prospered in printing and became an important learning centre.

In 1291, the glass makers of Venice were forced to settle in Murano for fear of fire destroying the city. It became one of the biggest producers in Europe before the Industrial Revolution.

Murano island continues to lead the way in glass making and you can visit the workshops to watch the glassblowers at work. Bring your credit card, you will want to buy something!

After a devastating electrical fire in 1996, the current building was reopened in 2003 thanks to donations across the globe.

If there isn’t a performance to see whilst you are in Venice, take a one hour guided tours through the Opera House.

Known as “La Salute” to Venetians, this basilica was built in thanks for the end of the bubonic plague of 1630 which killed nearly a third of the city’s population.

Built on the edge of the Grand Canal, the great dome of La Salute is an integral part of Venice’s skyline.

An 11 km sandbar beach in Venice that plays host to the annual Venice Film Festival.

Lined with beach club resorts and hotels, Lido is accessible by public water buses from the historic centre.

This cafe in St Mark’s Square is considered the oldest Cafe in Europe, opened by Floriano Francesconi in February 1720.

Sip coffee, tea and purchase light snacks whilst listening to a small orchestra but be prepared to pay handsomely for the ‘old world’ experience.

In the East of Venice these gardens were laid out in the Napoleonic era and is a perfect place to spend a sunny afternoon.

WHERE SHOULD I GO IN ITALY? 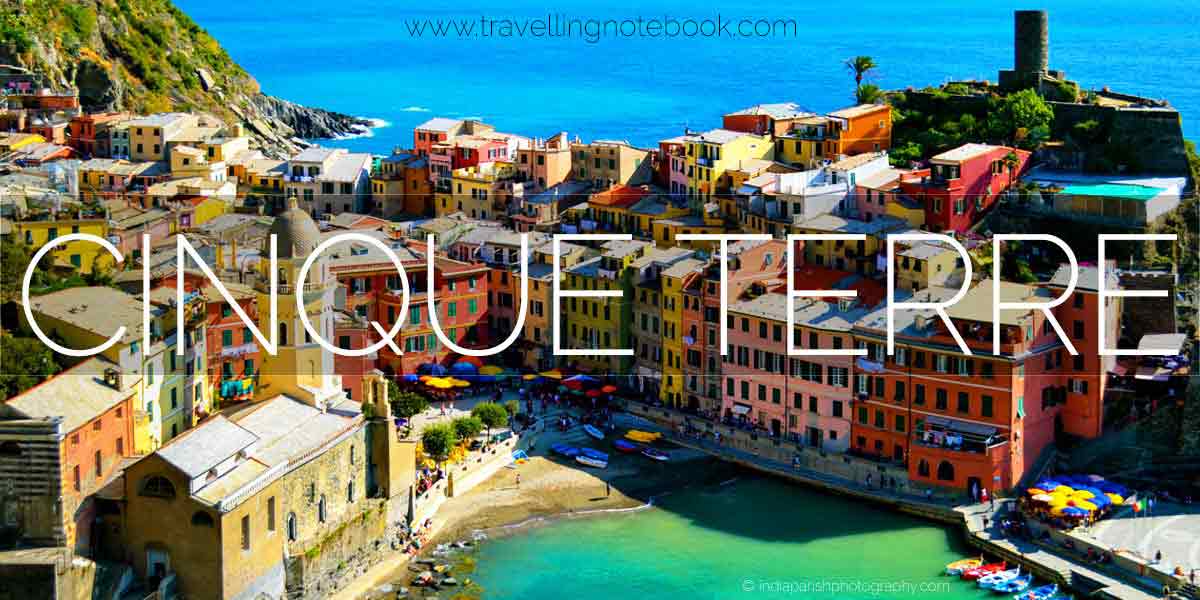 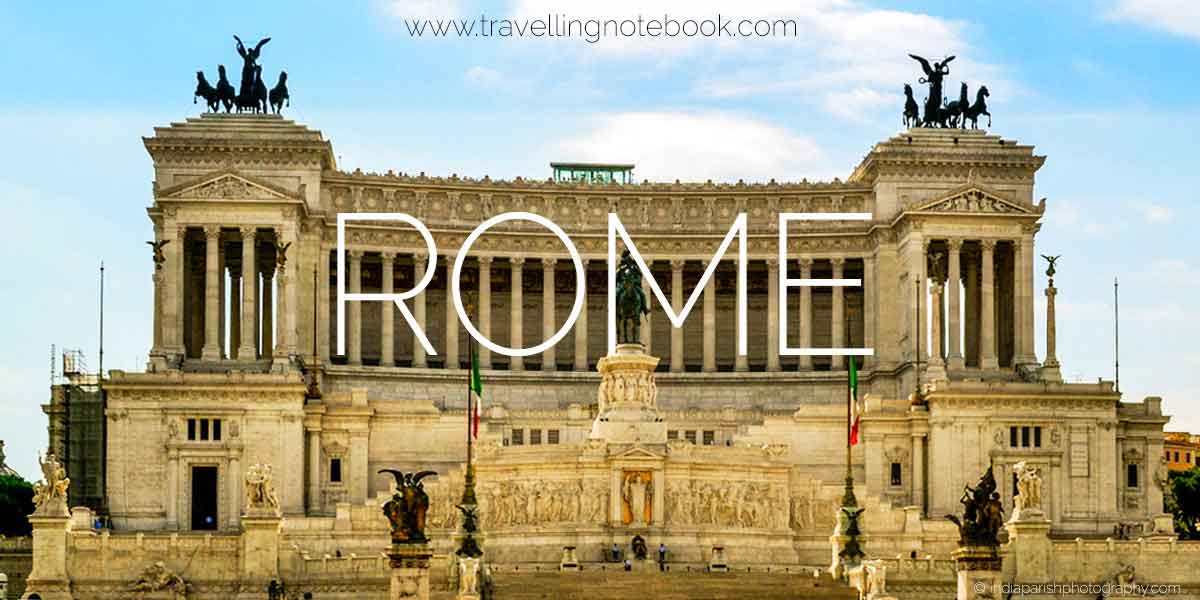 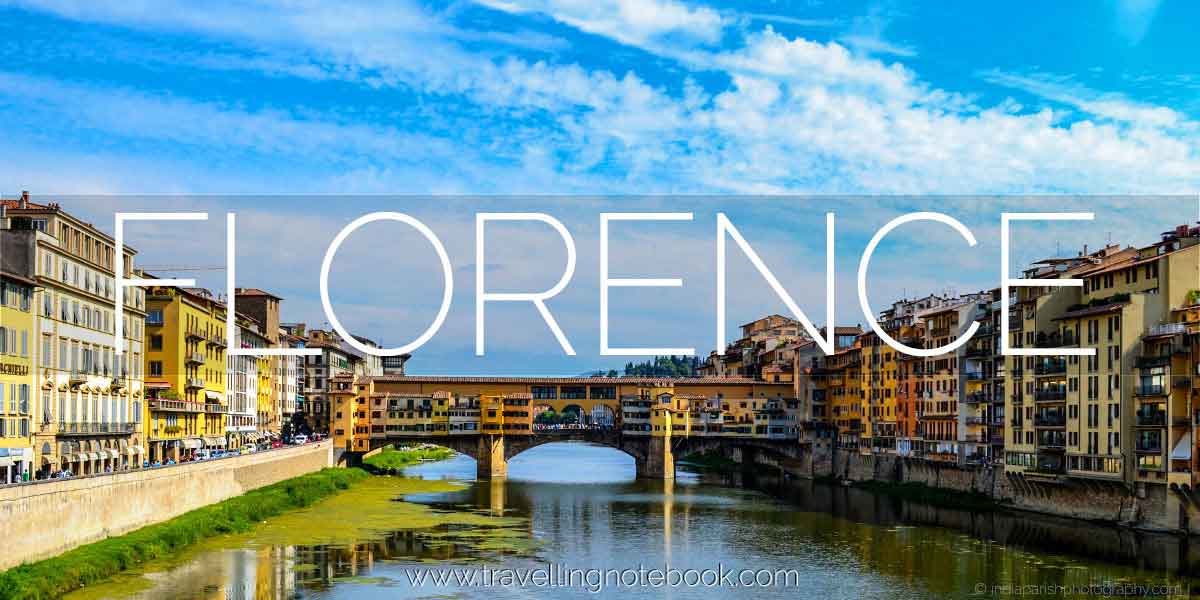 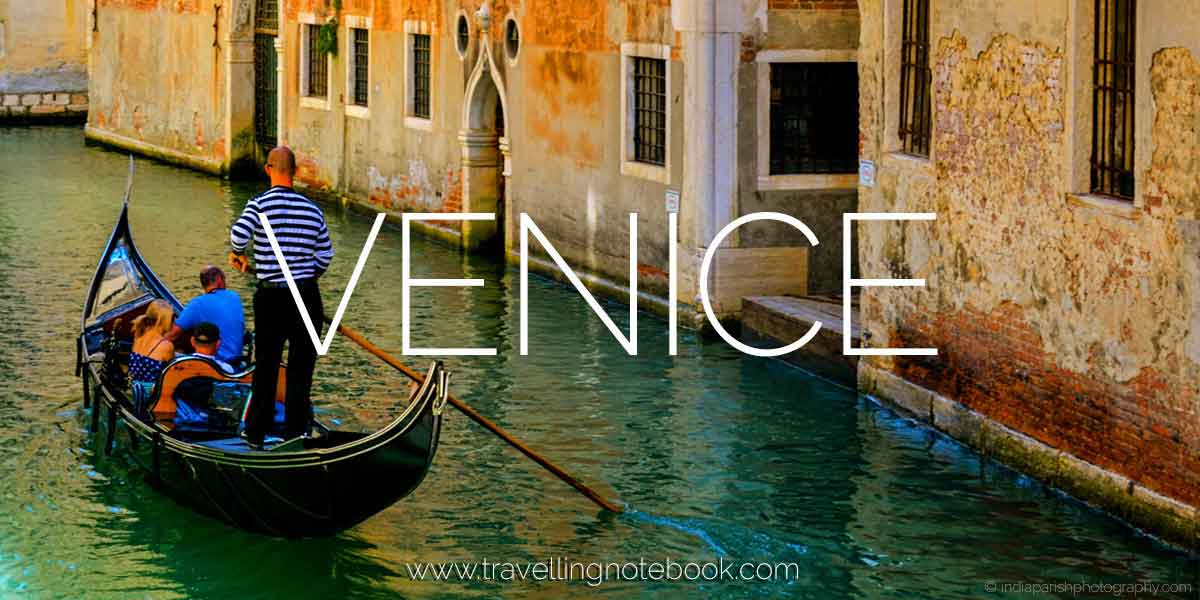 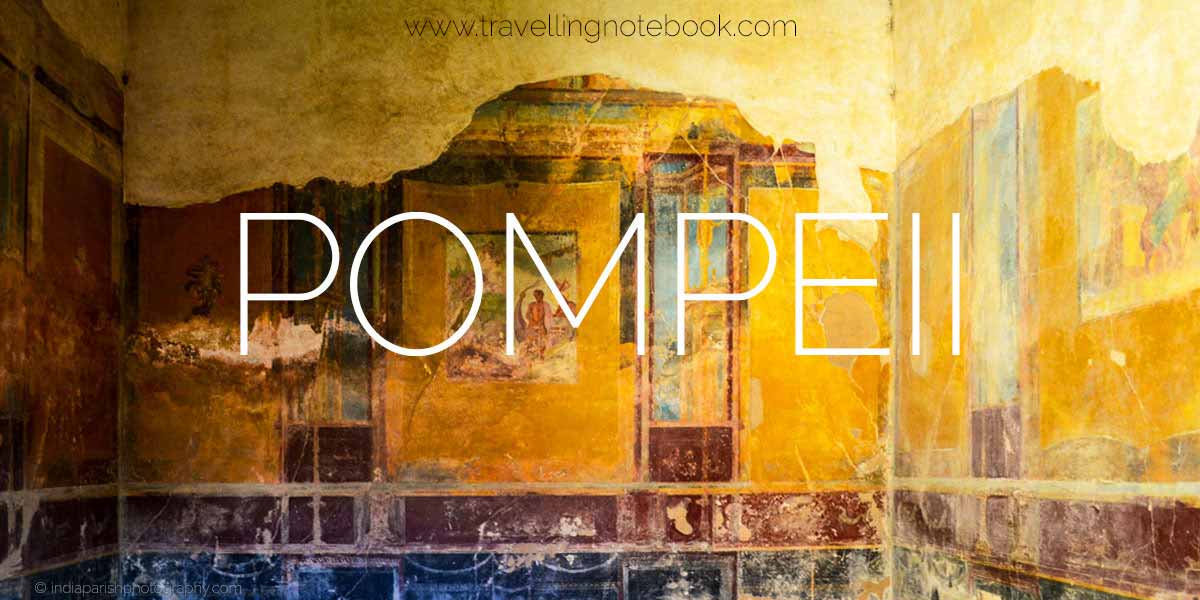 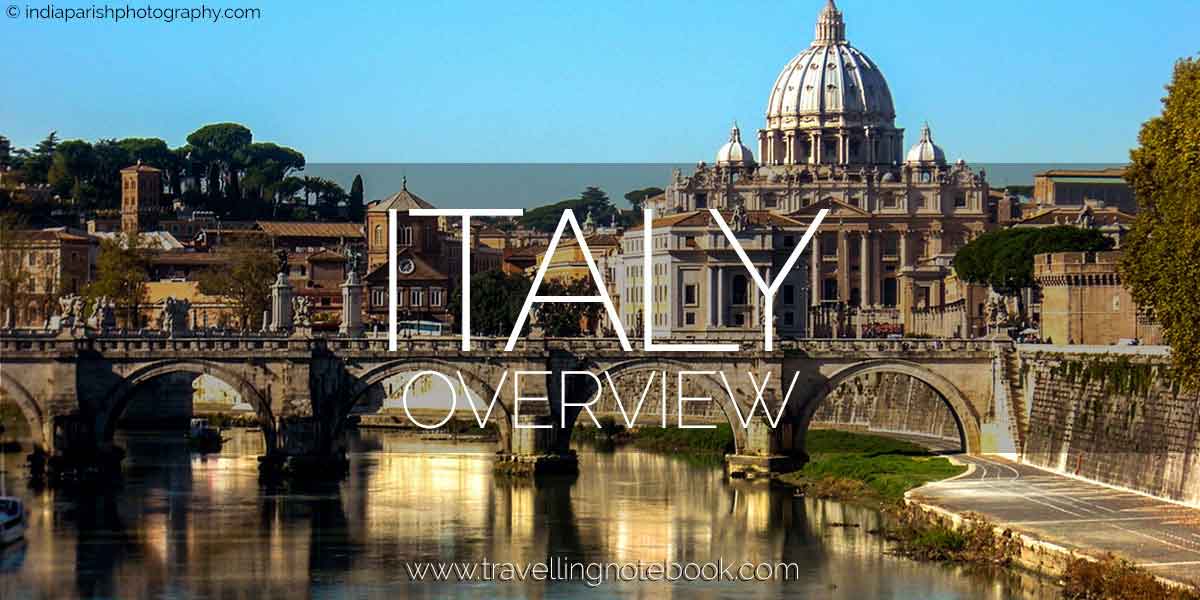 WHERE SHOULD I GO IN ITALY? 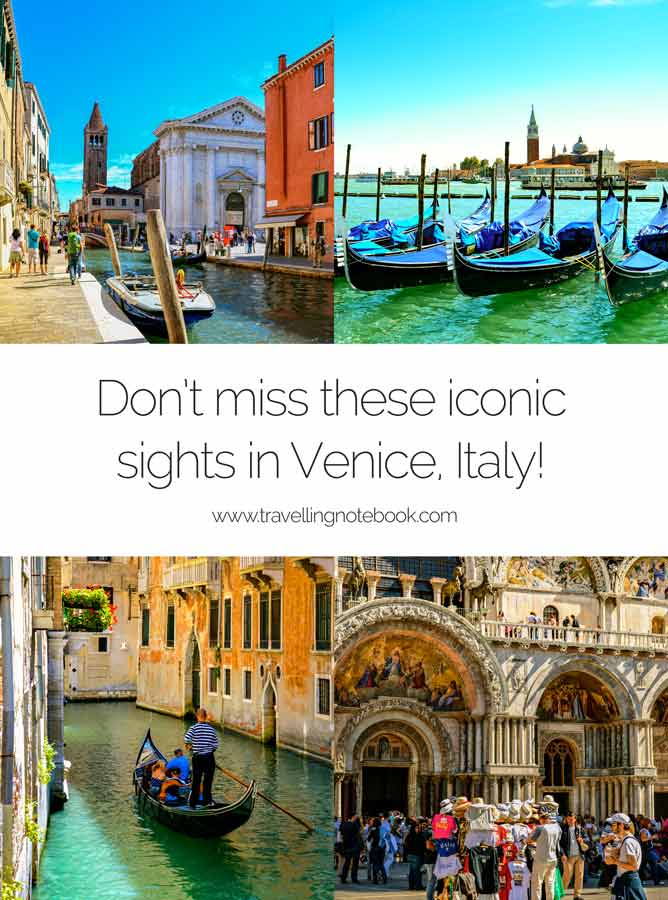 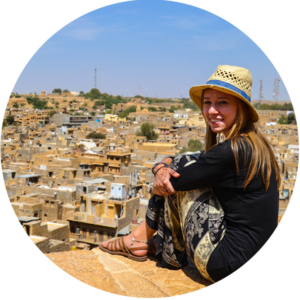 My name is India! I am a nomadic Australian who has been wandering the world full-time for over a decade visiting over 60 countries and 5/7 continents.

I am passionate about sharing my essential tips and discoveries to help you plan your next adventure.